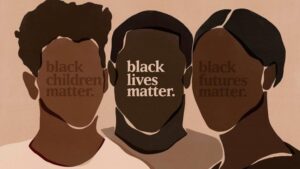 It’s been nearly two months since a Minneapolis police officer killed George Floyd by kneeling on his neck for several minutes while he was handcuffed on the ground, crying that he couldn’t breathe and pleading for help.

The news about Floyd’s death circulated all over the internet and the world. It creates anger, not just for family and friends but most especially for the blacks. This is clearly another police brutality, police racism, and lack of police accountability.

Why is this keep on happening?

Why is this happening? Why does it keep on happening?

Floyd’s name has been added to the long list of Black people who have suffered from this country’s white supremacy. List of names for which blacks have been speaking and asking, demanding for justice.

We have to acknowledge the truth. No matter where you stand economically, regardless of how much education you have, what you drive,  or how you show up as a Black person, you will always have to be at least twice as good as a white person to get at least half the benefits of this society.

Do you still remember Ella Baker, when she said “Until the killing of Black men, Black mothers’ sons, becomes as important to the rest of the country as the killing of a white mother’s son, we who believe in freedom cannot rest until this happens.”